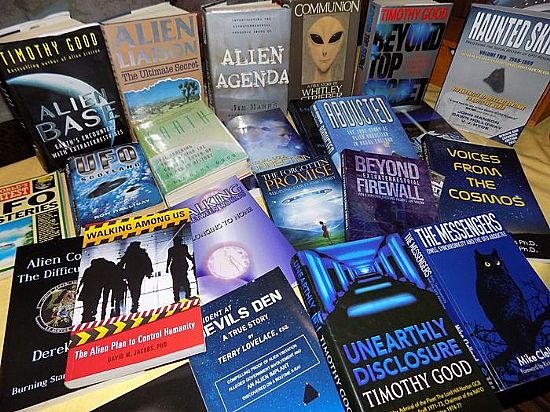 The Day after Roswell by US Army Colonel Philip Corso

A Day with an Extraterrestrial by Lou Baldin

Walking Among Us by David Jacobs

The Messengers by Mike Clelland

Masquerade of Angels by Karla Turner

The Turning of the Tide by Andrew Hennessey

Harvesting the Disconnected by Andrew Hennessey

The works of Levashov   http://nikolay-levashov.ru/English/index-eng.html

44:  Based on an ex-soldier's True Story of Life-long Encounters by Bill Brooks

Walking between Worlds, belonging to none by Ann Andrews

The Forgotten Promise, Rejoining our Cosmic Family by Sherry Wilde

Incident at Devil's Den, A True Story by Terry Lovelace

Beyond the Extraterrestrial Firewall, An Experiencers Point of View by Steve Boucher